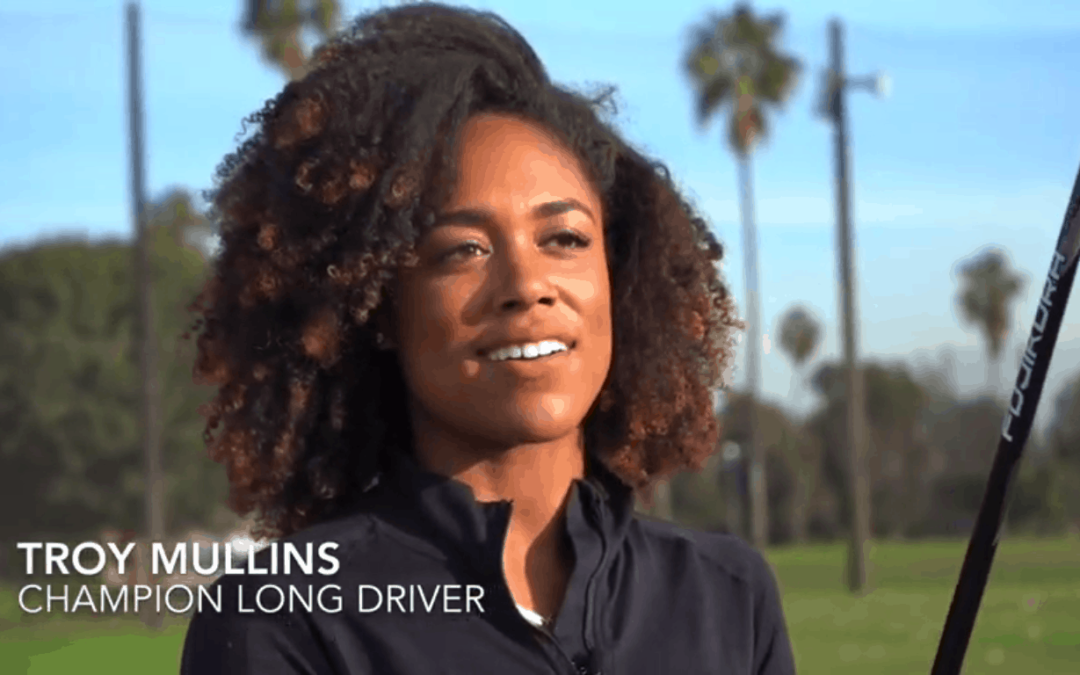 The world of golf will gather in Orlando in a few weeks at the PGA Merchandise Show. Troy Mullins, a recent fixture at the event will be there to hype the company’s new Calibrate line of grips.

The new Sonar+ Tour Calibrate features Lamkin’s Calibrate Technology, which includes a “reminder spine”. It also claims to optimize hand placement, club face awareness, control and feel, for better shot-making and lower scores. Lamkin is expanding on the success of the popular Sonar lines by introducing Calibrate in two of its most popular models – Sonar+ Wrap Calibrate, Sonar+ Tour Calibrate – as well as the ST+2 Hybrid Calibrate.

Mullins has emerged as one of the most popular and recognizable figures in world of competitive long driving, having won her first World Long Drive event at the 2017 Mile High Showdown. It was here that she broke the women’s world record for longest drive with a blast of 402 yards. Mullins is still one of only four women to break the coveted 400-yard mark in competition.

“In just a week’s time I feel so much more control and confidence in my short game, and obviously the long game I have, so I want to marry the two and put it together,” says Mullins of the Lamkin Sonar+ Tour Calibrate.

As part of the multi-year agreement, Mullins will appear in the company’s marketing campaigns, on social media channels and using Lamkin Calibrate grips on her personal clubs during competitions, clinics, corporate appearances and long drive content engagements. This includes the aforementioned Demo Day at the PGA Merchandise Show, wherein Mullins will elaborate on the differences between long drive versus professional tournament competition, sharing with attendees some educational pointers on generating power and the importance of the grip to overall performance. She will put on four 30-minute clinics at Lamkin’s tent on the driving range (Tee Area #1) starting at noon and running at the top of each hour in Orlando.

Not A Dream Foursome, Here’s My Nightmare Foursome