Trending
You are at:Home»Destinations»Europe»Ireland»Letter from the Editor: Dear Ireland
By Elvis Anderson on October 25, 2017 Ireland

Your charm is in the details; it’s the homemade tartar sauce, old brass hotel keys and “look left/look right” footpath alerts I’ll miss most. History is on every cobble street in Dublin. On a walk to the Guinness Storehouse I stumbled upon the Dublin Writers Museum. Irish writers produced Dracula, Gulliver’s Travels and one of the greatest quotes ever spoken, “I have nothing to declare except my genius,” said Oscar Wilde. I appreciated your unannounced showers, a bit rough, but tolerable—the lashing wind and chilly rain felt right. For me, golf in Ireland on a sunny still day is like leaving the house without a watch on your wrist. The bipolar conditions during my first round at The European Club demanded the full arsenal of defense: sunscreen, umbrella, shorts, pants, rain gear, hand warmers, short sleeve shirt, long sleeve shirt, parka and sunglasses. After the round, bacon, cabbage, smashed potatoes and parsley gravy with a pint at Jack White’s Inn almost brought tears to my eyes—it was earned. I played nine rounds of golf, the weather was perfect for seven—temperate indeed. Bono and the boys are back in town

I arrived in Dublin on Thursday, July 20 and there was a buzz in the city about some local boys done good. U2 was in town for a performance at Croke Park stadium on Saturday night. “With or Without You” looped at pubs up until showtime in the city’s nightlife hub, Temple Bar. Every Dubliner had a “back in the day” story about Bono, The Edge, Adam or Larry. James Gill’s Corner House and The Hill 16 Pub near the stadium overflowed with Joshua Tree fans from around the world. All seemed happy to have U2 back in town—except for two. There was the person with a “U2 IS SHITE” sign in their bedroom window and a guy that was upset about the four-plane flyover, “Ah dammit, Bono! Yer wasting taxpayer’s money!” Irish air force jets left a trail of green, white and orange smoke in the Ireland sky midway through the fifth song in the set-list, “Where the Streets Have No Name.” I found The Edge’s work on guitar in unison with the flyover to be the perfect Dublin moment, I’ll never forget it. 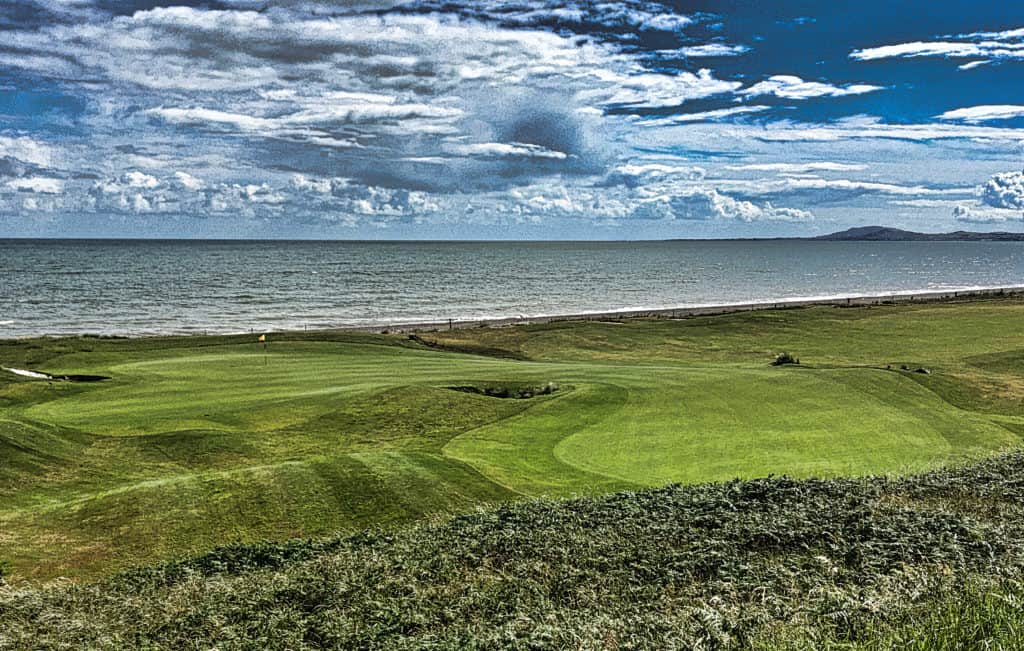 I’d heard negative reviews about your cuisine, but I enjoyed it. I had the best scones of my life, steaks and burgers were ace, fish and chips were heavenly and the distinctive Irish Breakfast was delicious, (even had good Thai). And the Guinness and Jameson… nectar of gods.

I am a fan and forever an ambassador, and I didn’t even see the Cliffs of Moher. All happy days in Ireland.

Thanks for everything,
Elvis

PS: And your people, of course, are golden. They’re kind, welcoming and funny. Big thanks to the nice bartender at  O’Shea’s Merchant (pub); my cab driver, Conor and the nice lady that could tell I was lost, and offered directions without me asking.